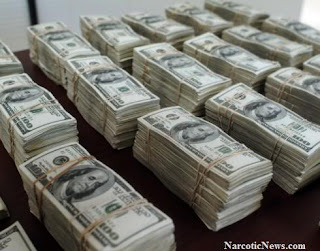 The inexorable march of the calendar continues relentlessly and, with it, the daily panoply of sunrise and sunset.

It's the easy days of summer, but for Pirates owner Bob Nutting, the chirping of cicadas in the receding evening turns into a thudding tic-tick-Tick-TICK of the clock in the dark of night. It's early, but startlingly later than he might think.

Time to start paying attention to serious business. Here at Joey Porter's Pit Bulls, we can play around. Our focus this spring and summer has been on the Steelers' off-season travails, but even more so on the Pirates' amazing seriocomedy of errors, follies and foibles.

This won't be a negative write-up, however. What's to feel negative about? Let's enjoy while we can the sort of fireworks and microbursts we saw over the weekend, when Bucco bats rapped 17 hits on Saturday night and 19 hits on Sunday afternoon.

To say that Aug. 16 presents a "major deadline" for the Pirates is an understatement. August 16 actually represents a Major Crossroads for the future of the franchise. It will serve as a weathervane indicating whether the Pirates are serious about adding elite amateur talent and betting the future of the team on the successful scouting and development of young players.

The Pirates have until Aug. 16 to sign the players they selected in MLB's amateur draft in early June. If the Pirates sign their top two picks, fireballing high-school righthanders Jameson Taillon and Stetson Allie, it will go a long way to affirming the organization is serious about obtaining and developing top talent -- whether or not they eventually pan out or flame out.

Although general manager Neal Huntington and president Frank Coonelly will be left to do the explaining, one way or another, it will be the Pittsburgh Baseball Club's owner, Bob Nutting, who will have final say on these deals.

We're guessing Nutting would like to have back the $10 million or so that former GM Dave Littlefield festooned upon washed-up pitcher Matt Morris. Nutting no doubt would also like to have back the approximately $10 million in sunk costs that current GM Neal Huntington slid across the table to the now-departed Aki Iwamura, Ramon Vasquez and somebody else already forgotten.

Ten million dollars is the number in question because that's what it's going to take, approximately, to sign Taillion and Allie, plus (we think) some considerable bit more for top Mexican pitching prospect Luis Heredia.

Not so much money in the great scheme of things. Or it could be everything.

It's a major bet. In a way, however, the Bucs have already staked their position simply by drafting Taillon and Allie, and having gone this far with Heredia. Really, they have to sign these guys. If ya wanna play, ya gotta pay.

At this point, the burden of decision is all on Bob Nutting, Frank Coonelly and Neal Huntington. How serious are they about turning this thing around? This will be a watershed moment in their reign. It will be their legacy, for better or worse. It will define the franchise in years ahead and for years to come.

At stake is $10 million or so -- probably some considerable amount more, when all is said and done. But that's not all that's at stake. The direction of the franchise is at stake and, with it, public perception of that direction.

The clock is ticking: Less than a month to go.
Posted by Joey Porter’s Pit Bulls at Monday, July 19, 2010