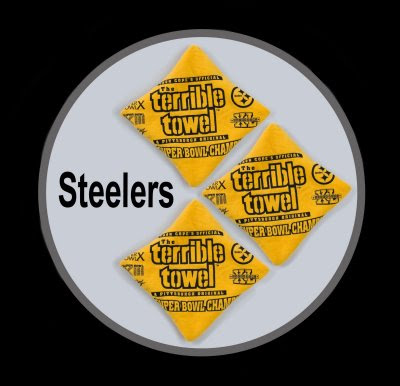 Not that anyone cares, but Maurkice Pouncey was the player Joey Porter's Pit Bulls would have selected with the Steelers' first pick of the 2010 draft (No. 18 overall).

Plenty of reasons to like him: He's agile, mobile and hostile. He's big enough to take on the huge nose tackles in the league these days, particularly in the AFC North. He's only 20 years old, so he has plenty of upside.

As young as he is, though, he notched 39 starts at guard and center at Florida. He started at center and made the line calls for Florida's national championship team -- against big-time SEC opposition in addition to the national championship game -- and received excellent coaching while playing for the Gators. Plus, he could possbly step in immediately for the Steelers at right guard and play there for a year or two until Justin Hartwig moves on. Position flexibilty, my friends.

All in all, a good choice. For all the reasons cited above, JPPB would have taken Pouncey over Mike Iupati, the beast of a guard from Idaho. If some other team had selected Pouncey before he got to No. 18, we would have been happy with Iupati, even if he is considered to have some rough edges in his game, along with the fact that played at a relatively smaller school (compared to Florida) in what is considered a lesser conference.

Iupati's a beast, and the Steelers could use more of his brand of ferocity. And, oh by the way, isn't it interesting that San Francisco traded to jump one spot immediately ahead of the Steelers, so the 49ers could take Iupati. We believe, however, that the Steelers would have taken Pouncey even if Iupati was still on the board.

The other option -- besides over-reaching [arguably, or not] for Tim Tebow or Golden Tate -- would have been to draft Boise State's Kyle Wilson, cornerback, who went to the Jets at No. 25 -- and what a trio of corners the Jets now have, with Darrelle Reavis, Warren Cromartie and Kyle Wilson.

That's beside the point. Joey Porter's Pit Bulls have no problem with taking Pouncey over Wilson at No. 18 -- you can't get everybody you want, and the Steelers were long-overdue for investing a No. 1 choice on the offensive line. After the Sean Mahan (ugh) and Justin Hartwig (ehh) stints, it's time we return to the decades-long tradition of having a great center, and, hopefully, Pouncey will be just that: Great.

As for addressing the cornerback position, which certainly needs to be reinforced, the Steelers either are counting on Keenan Lewis, William Gay and/or Joe Burnett to step up, or the management team has something else up it's sleeve.

Which brings us to the following point ...

Everybody assumes that because the Steelers did not trade Ben Roethisberger yesterday, the first day of the draft, that a trade will not happen at all.

Forget about getting a Top Ten pick in this year's draft -- it shouldn't have been a condition in the first place. The trade proposal outlined on this blog yesterday could still be executed today, the second day of the draft.

That proposal suggested trading Big Ben to Oakland in exchange for All-Pro corner Nnamdi Asomugah, the Raider's second-round pick (39th overall) this year, and one of Oakland's top three draft picks next year. Their 2011 number one choice would be ideal, of course. But if Oakland Al balks at surrendering next year's No. 1, then get him to agree on next year's No. 2 choice, plus the following year's No. 2 and/or No. 3 pick.

Those number two and three picks often prove invaluable. Example One: Look at how New England stockpiled no fewer than three No. 2 picks in this year's draft, as galling as it may be.

With Nnamdi Asomugah at one corner and Ike Taylor back to form (hopefully, with his head screwed on straight) at the other, suddenly the cornerback position is no longer the problem it was last year.

We won't have much of a quarterback, but it may be time to return to the running game, anyway.

For the Steelers, Asomugah is the linchpin in this deal. The draft picks coming back to Pittsburgh help to equalize/compensate for the fact that the Raiders would, finally, be acquiring a legitimate Franchise Quarterback.

Plus, with this proposed deal, the Steelers would gain the Raider's sweetly positioned No. 2 pick (No. 39 overall), with which they could pick up a fine player. Almost certainly not Golden Tate -- who will go before then -- but almost positively a player who should be more highly rated than the one the Steelers will select with their own No. 2 pick (No. 52 overall -- which, coincidentally, is where they picked Limas Sweed a couple years ago).

With that No. 52 overall pick, by the way, we would take Stanford running back Toby Gerhart, if he's on the board. He's fast, powerful and productive, and he's got a chip on his shoulder because he believes he is being racially profiled as a slow white running back. Well, for the Steelers, he would fill the gap we've had for a power back to change pace with Rashard Mendenhall and/or convert those third-and-two situations and fourth-and-ones. Move the chains; control the clock; rule time of possession. Once again.

So, the reality is this: A deal involving Roethisberger could still get done today or this evening. It could be a good deal, too, very good -- not a giveaway, not at all.

It probably won't happen, though -- makes too much sense.

Keep this in mind, too: Even if a Roethlisberger trade noes not happen during this weekend's draft, doesn't mean it won't happen before this year's trading deadline in early October.

A trade could still happen sometime between now and then -- which coincides, incidentally, with the approximate time when Ben should be coming off his suspension. Every year, at least one team's starting quarterback goes down with an injury in training camp, a preseason game or one of the first four regular-season games.