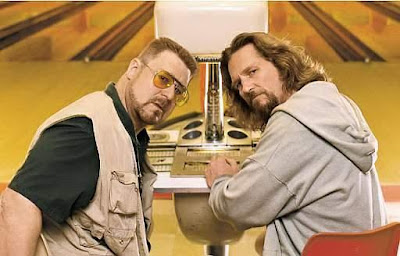 Highlights From Sunday's Steelers' Triumph
(12th straight, by the way) Over the Browns
This here author of Steel Triangle (nee "Joey Porter's Pit Bulls") happens to live in Pittsburgh, so I have the good fortune of being able to turn down the TV sound and listen to the Steelers' broadcast team of Tunch Ilkin, Bill Hillgrove (play-by-play) and Craig Wolfley, sideline reporter (Tunch, Bill and Wolf). Always entertaining. Always.

One of the the highlights for me during yesterday's game was Wolf calling guard Doug Legursky "The Big Legursky" -- a clear and conscious reference to "The Big Lebowski"!!!