Ladies and Gentlemen, Place Your Bets 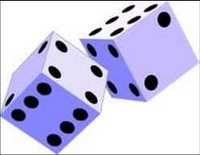 Take it from one who knows. Betting on football is bad business. Except for the bookies and casinos.


There’s a reason why bookies drive Caddies and bettors drive Chevvies, if not Chevy trucks (fuck you, Mellencamp). This, from a guy who watched a bet that was “won” go maddeningly bad … and ended up losing money on the infamous Cal-Stanford game that ended with a football being spiked in one of the many tubas on the field. Yeah, that game. Which made me a loser for all eternity and the reason I quit betting football some years ago.

But that shouldn’t deter you.

So, let’s make a bet: Will the Stanford football Cardinal win a game this year? Stanford currently stands at 0-9. Joey Porter’s Pit Bulls are interested in Stanford’s fortunes this year because the Coach Death Watch is on. And the head coach at Stanford is Walt Harris, the arrogant prick who formerly coached the Pitt Panthers.

At Pitt, he built a finesse team with undersized lines on both sides of the ball, which Dave Wannstedt inherited, a team that continues to wilt under pressure from football powers such as, oh, shall we say, South Florida (?!)

So, even if Stanford does manage to win a game this year, Walt “Offensive Genius” Harris is almost certain to be fired immediately after the season, if not sooner.

Wanna bet on it eactly when that will happen?